Sometimes we start a day at the Sanctuary thinking it’s going to be just another day. And then we get a call…

That happened one Friday morning a few weeks ago. A rooster fighting ring was getting busted and we knew we had to act to try and save lives. (Otherwise known as cock-fighting, rooster fighting is an illegal, violent mutilation of chickens in which trained roosters are forced to fight to the death for wagers and entertainment.) This was Woodstock Sanctuary’s first rooster fighting rescue.

The crime scene was a horror show: malnourished chickens, in many cases deprived even of water, stashed in outdoor cages with no protection from the elements; the decomposing bodies of dead rats and raccoons, probably poisoned; and the stench of ammonia filling eyes and lungs. We found disturbing training instruments and fighting paraphernalia, like a fight “pit” where the male birds were forced to fight each other.

We left the crime scene with 26 scared and traumatized chickens, all having suffered either outright abuse or neglect. 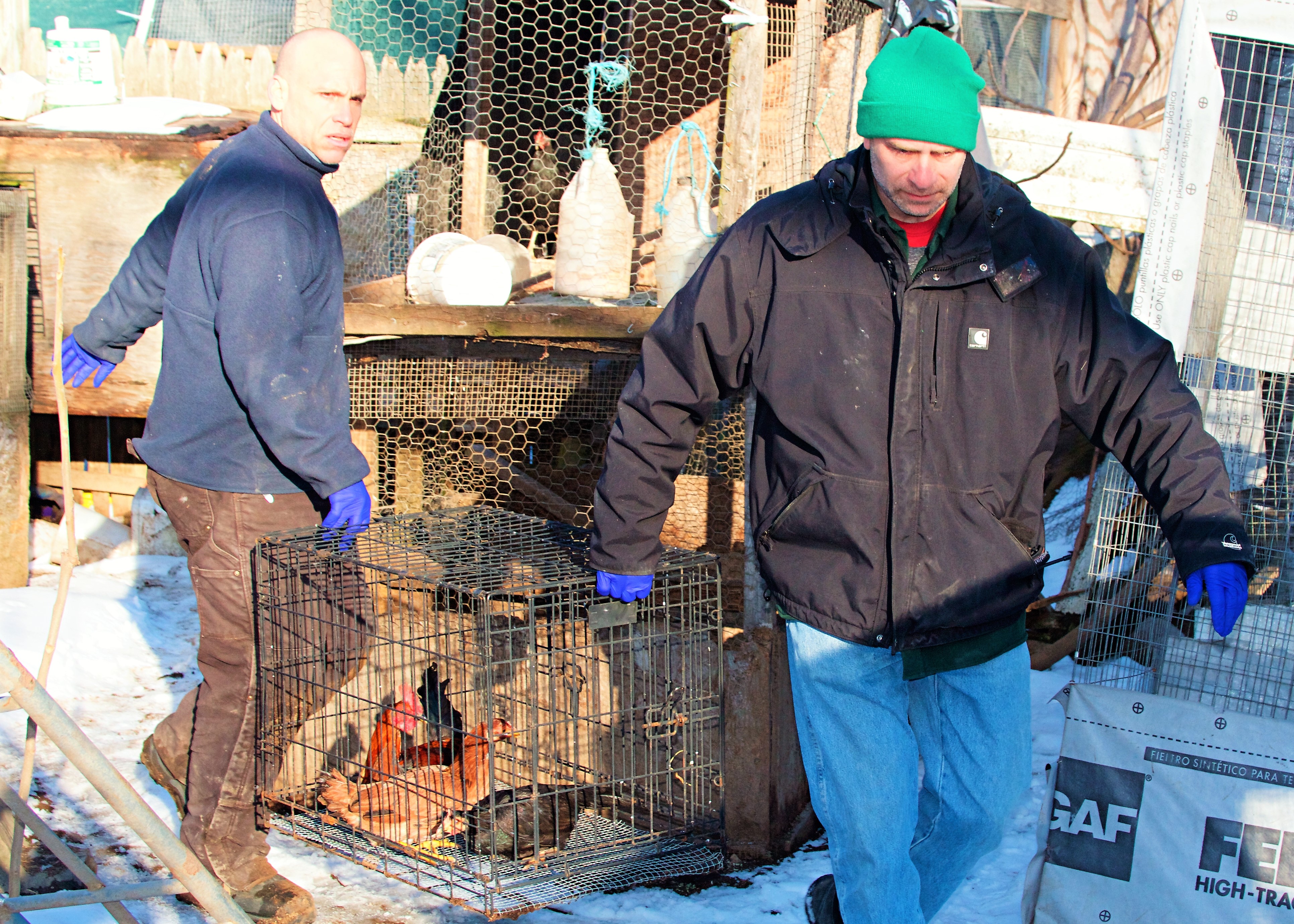 We rushed them back to the Sanctuary and went into emergency response mode immediately. Our team got to work triaging the birds and transforming an old building into an emergency medical facility. A tiny hen named Ashley was the sickest and went immediately to the avian vet. Other birds have signs of ongoing trauma and neglect.

Karuna, a lovely little girl with a twisted beak, is being hand fed by our caregivers and getting special daily care. Karuna is a Sanskrit word that means “compassion” or “an active sympathy.” 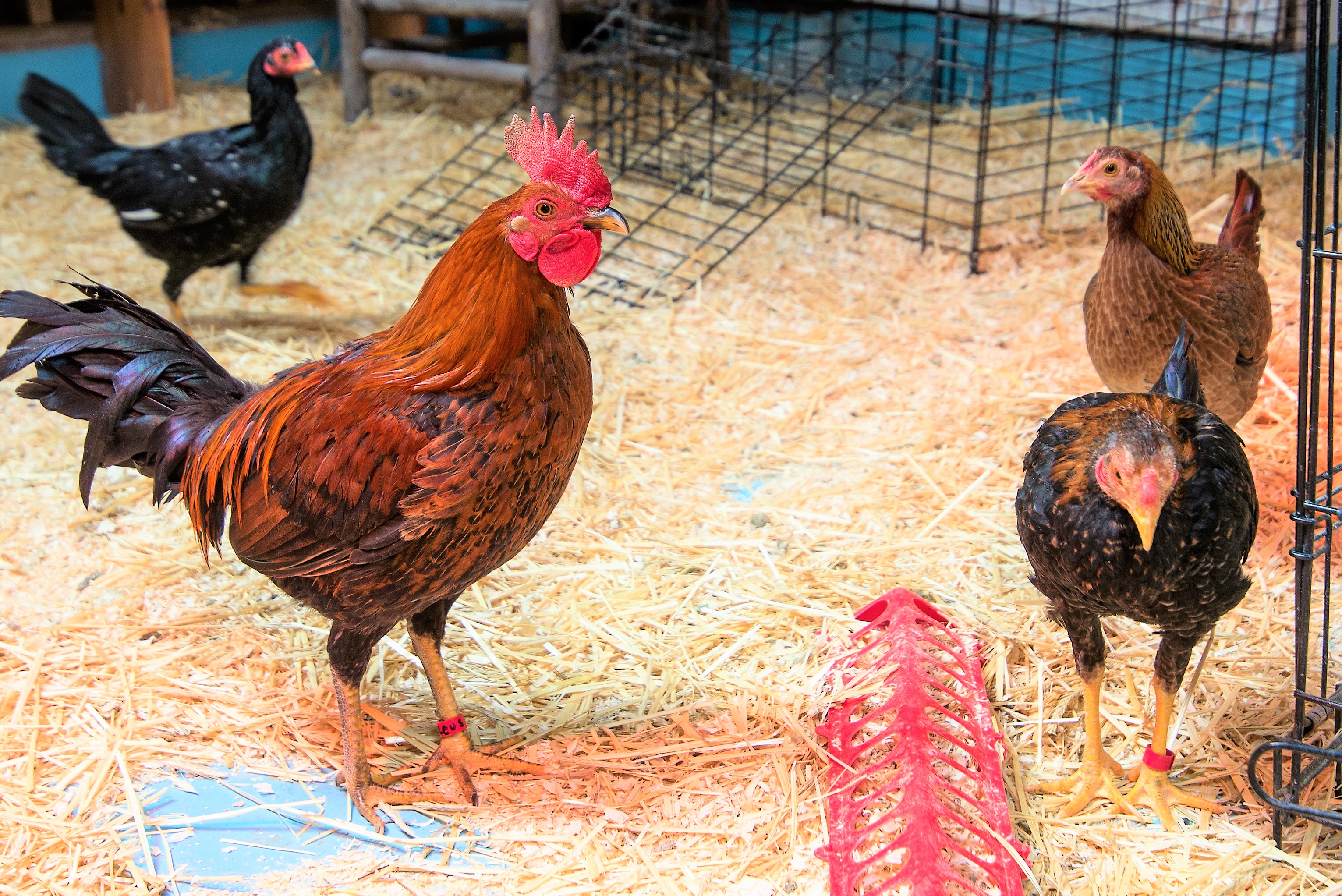 But what really struck us was how beautiful they are! They are bright eyed and so alert. These beautiful birds spent their whole lives in fear and now that they found sanctuary, that fear is receding. So, we are calling them The Fearless Flock.

They need you now though. It will cost us $18,300 for their initial care and medical treatment and to build a new coop for properly sheltering the increased bird population. They are still in our makeshift isolation coop but we need to move them quickly outside and we need to build the coop (with plumbing, electricity, heat, fencing, etc).

Your support is urgently needed so we can provide them the care and shelter they need. They’ve only known people to be hateful. Because of you, they are learning that people can be kind.